Tired of dealing with piles of rubbish? Try these tips instead!

We throw away so many things that we’re running out of places to store our rubbish. As a result, there are but a few places around the world where you won’t find trash and pollution. The average UK citizen produces their body’s weight worth of rubbish every seven weeks. This amounts to over a tonne of waste per household each year or over 31 million tonnes for the entire country! Try to imagine 2 500 000 buses, lined up next to each other. We produce around this much rubbish. Every. Single. Year. And this is horrible for the environment. Here are a few things you can do to counteract this effect.

You’ve probably heard this one already, but the best way to produce less rubbish is by consuming fewer things. A lot of the things that you buy, you probably don’t even need. Next time when you’re about to buy something, take a moment to consider whether you really have a use for it!

Whether you’ve decided that you no longer need a given item, instead of immediately throwing it away, think of other uses for it. Maybe someone you know could use it. Or, perhaps, you can give it away to a charity.

Even though most of the plastic items that we use every day take many lifetimes to dissolve completely, this doesn’t mean that you shouldn’t recycle them as soon as possible. After all, the sooner they begin dissolving, the better.

Instead, try the following: 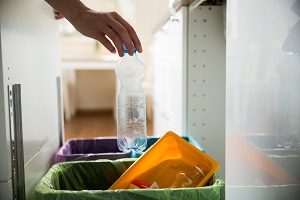 Tired of dealing with the mountains of junk mail, littering your apartment every week? Try unsubscribing instead. Not only will this save you the hassle and headache of managing them, but it will also vastly reduce your rubbish production.

After all, you can use your phone and computer to read news on the Internet as often as you want.

At the end of the day, however, you will always need to buy things. And you won’t always have a say in the packaging it comes with. Don’t feel too bad about it and don’t let it stop you from getting what you need. As long as you work towards reducing the amount of rubbish you produce, you’re making a difference. Ridding the world of rubbish won’t happen overnight. 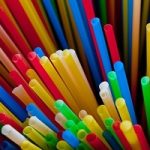 6 plastic items you should give up right nowTips 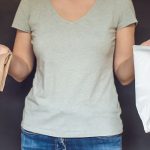 5 ways to reduce the waste in your home, starting todayTips